Trunk or Treat! Want to Help? Click Here!
back 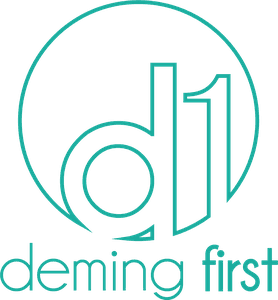 ï This is a declaration of how good I am.

ï From now on, life is going to be so much easier.

ï I’m getting baptized because if I don’t, I can’t go to heaven.

ï After I get baptized, I can do whatever I want to do.

We believe that each and every Christian should be water baptized by immersion (being lowered under the water).

4 We were therefore buried with him through baptism into death in order that, just as Christ was raised from the dead through the glory of the Father, we too may live a new life.

The action of being dipped in the water is a symbol of dying and being buried with Christ.

The action of coming out of the water is a symbol of Christ’s resurrection.

2. Baptism is an important step of obedience after salvation, but cannot be a requirement for salvation.

In Bible times, a person who converted from one religion to another was often baptized to identify conversion. Baptism was the means of making a decision public. Those who refused to be baptized were saying they did not truly    believe. So, in the minds of the apostles and early disciples, the idea of an un-baptized believer was unheard of.

When a person claimed to believe in Christ, yet was ashamed to proclaim his faith in public, it indicated that he/she did not have true faith.

3. Baptism is the symbol of what has already occurred in the heart and life of one who has trusted Christ as Savior.

26 So in Christ Jesus you are all children of God through faith,

27 for all of you who were baptized into Christ have clothed yourselves with Christ.

…having been buried with him in baptism, in which you were also raised with him through your faith in the working of God, who raised him from the dead.

8 Now if we died with Christ, we believe that we will also live with him.

9 For we know that since Christ was raised from the dead, he cannot die again; death no longer has mastery over him.

10 The death he died, he died to sin once for all; but the life he lives, he lives to God.

11 In the same way, count yourselves dead to sin but alive to God in Christ Jesus.

4. Baptism is an outward story of the inward change in the life of a follower of Jesus.

Christian baptism is an act of obedience to the Lord after salvation.

Baptism is closely associated with salvation, it’s not a requirement to be saved.

The Bible shows in many places that the order of events are: 1) a person believes in Jesus and 2) he/she is baptized.

13 Then Jesus came from Galilee to the Jordan to be baptized by John.

14 But John tried to deter him, saying, “I need to be baptized by you, and do you come to me?”

15 Jesus replied, “Let it be so now; it is proper for us to do this to fulfill all righteousness.” Then John consented.

16 As soon as Jesus was baptized, he went up out of the water. At that moment heaven was opened, and he saw the Spirit of God descending like a dove and alighting on him.

17 And a voice from heaven said, “This is my Son, whom I love; with him I am well pleased.”